[av_textblock ]
Social issues concerning privacy in America, politics, racism, the environment, and medical care in foreign countries were explored in the documentary film series at the Tropic Cinema titled “4 Nights 4 Justice.” The series, now in its third year, is funded by a grant from the Michael Dively Social Justice and Diversity Endowment, a Field of Interest fund at CFFK. The 2015 films and showings:

Filmmakers from all films appeared in Key West for the showings. Q & A sessions with the filmmakers immediately followed each screening. In addition to the Dively Endowment, “4 Nights 4 Justice” is also funded, in part, by Holly Merrill and Ann Reynolds. 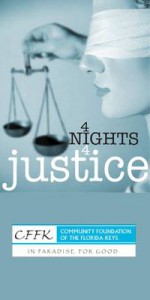